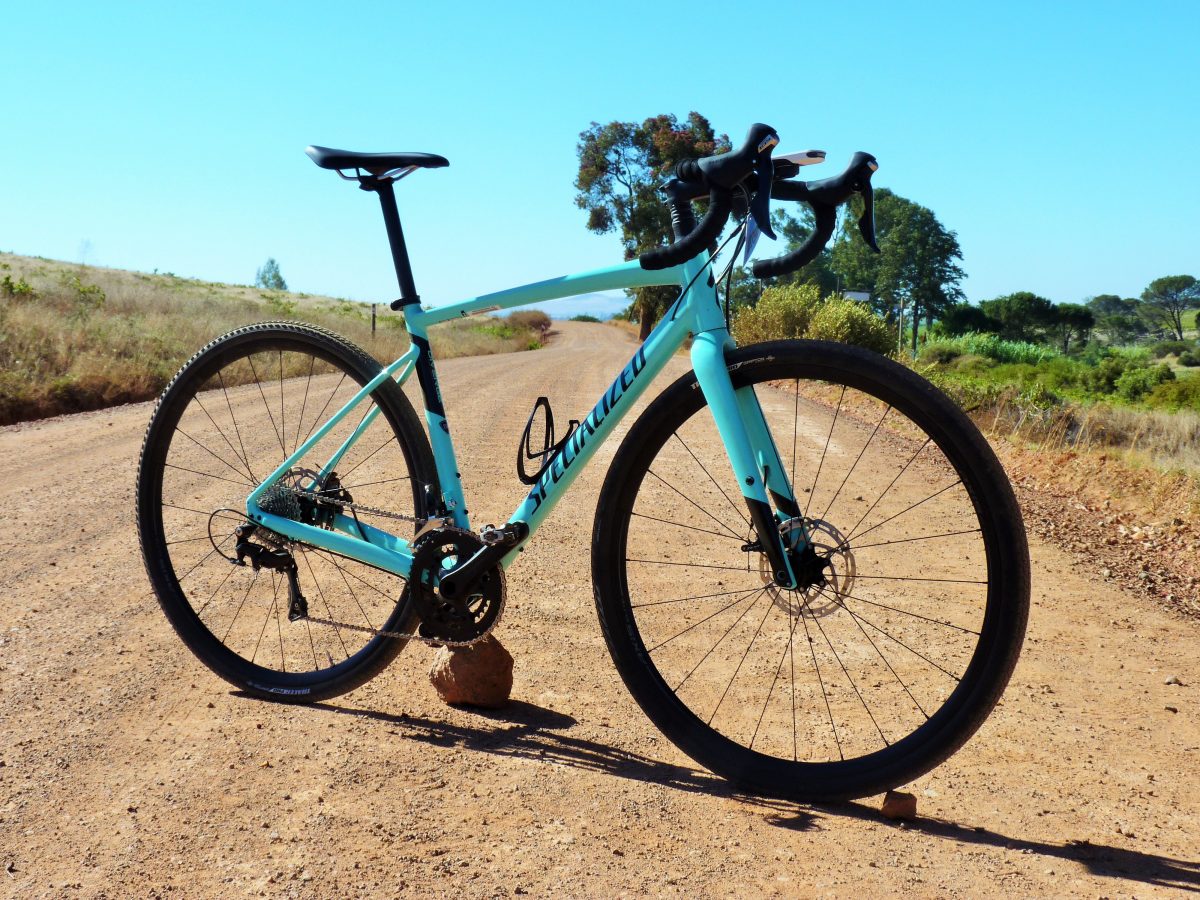 The 2018 Specialized Diverge is a bike series to be reckoned with! Capturing a gravel bike nature that stands out amongst those that claim to have found that ‘Do-It All Philosophy’.

The Comp E5 model in the Diverge range, brings you closer to buying a gravel bike, thanks to its price that won’t suck the life out of your bank account. While the bike itself, does have that optimistic approach to the road, or dirt, ahead; does it supply a worthy amount of ‘Do-It All’ medicine to your riding? I’m eager to find out!

The Diverge Comp E5 rolls out with a trusty E5 Premium Aluminium frame. Hardly anything to boast about, at that. However, Specialized did deliver some carbon relief on the fork. The aluminium frame and carbon fork, did gel well together, as the fork offered compliance to the overall ride. Given the frame and fork materials, the bike is relatively competitive when it comes to pricing.

Saving the day, and providing the bike with that taste for adventure, was Specialized’s Future Shock. Offering 20mm of shock travel integrated into the top part of the fork steerer, the Diverge’s Future Shock immediately took the edge off those bump-riddled gravel roads. By suspending the rider, as opposed to the entire bike, the Future Shock can now stop any unappetizing vibrations from being transferred through the bike and onto the rider. Thus, decreasing fatigue on your arms and hands. During the ride I found that I could ride faster downhill, whether on-road or off-road. I think it added that extra bit of confidence, that a gravel bike needs.

A pair of Axis Elite Disc wheels with Espoir Sport 700x30mm tyres, allowed the Diverge Comp to compete on almost any terrain. The thickness of the tyre was enough to absorb minor obstacles, yet narrow enough to provide lower rolling resistance on the tar. With a 30mm tyre width, I experienced some good traction, for a gravel bike.

Because the bike is designed to blend a mountain bike and road bike together, you don’t get the sort of nerve on dirt with these wheels, as you would with a mountain bike. However, you can keep up with road bikes, due to the wheel nature. All-in-all I got enough balance coming from the wheels to tackle dirt roads and single-track, while minimum rolling resistance on the open tar roads.

The 2018 Specialized Diverge comes locked and loaded with Open Road geometry. On first impressions, I was quite surprised at its sprightly cornering motions. It felt like it had a mountain bike’s will for single-track. The Diverge goes to show, that its geometry is the ideal bridge between the dimensions and angles of a road bike, and trail bike.

From the previous models in the Diverge range, you immediately see that the 2018 version has a lower BB, slacker head-tube, and shorter chain-stay. While maintaining a 73.5-degree seat-tube angle, and 72.5-degree head-tube angle, specific to a Men’s 56cm frame size. With those metrics having been mentioned; I can say that the riding position did feel stretched out, and airy. Since that is what you’d expect from a gravel bike.

The Specialized Diverge Comp, didn’t let an opportunity slip through its spokes, to impress its rider! I can say from my side; I was quite eager to let the bike loose on dirt. While the nature of a gravel grinder supplies enough compliance for long road rides, and gravel riddled paths, the Diverge had other plans. A bone rattling experience awaited me, when I finally mustered up enough valour (which the bike had plenty of), to head-off onto some single-track.

Despite being rocked to the core, and speed deprived on the single-track, the Diverge Comp E5 handled delightfully like a mountain bike. Since Specialized have worked in some of their Trail Geometry, one doesn’t feel as though you’re navigating a road bike along dirt paths. The bike was increasingly swift with the turning of the handle bars.

Pure, open, gravel roads were also on the cards during my evaluation of the Diverge. Settling into a nice cruising gear was made simple by Shimano’s 105 11spd gear-set. Together with the Future Shock technology taking the edge off uneasy obstacles; the bike served as a perfect example the adventure character that every rider looks for in a gravel bike.

Living up to that Do-it-All philosophy? I certainly think so!

On the tarmac, the Diverge instinctively acted like a road pedal-power machine. The dropper bars, were something I took pleasure in using. Even if it was to just duck out of the winds. The Specialized branded, Toupé Sport saddle, and well cushioned cockpit area, demoted overall fatigue on the road. For example; the numb-bum factor didn’t even pop its head out of the ground. The bike simply had that will to go on and on, without giving away too much fatigue on the rider.

Okay let’s face it; the Specialized Diverge Comp E5 gravel bike model, is not the lightest or most technically advanced gravel bike out there. However, I’ve come to find that it upholds that Diverge character quite well, despite the lower spec. Plus, for the price range its competing in, it brings the average cycling enthusiast, closer to buying one.

I’d like to see some hydraulic disc brakes come through on this particular Diverge model. Even though they may nudge the price up a little. It would certainly be worth it.