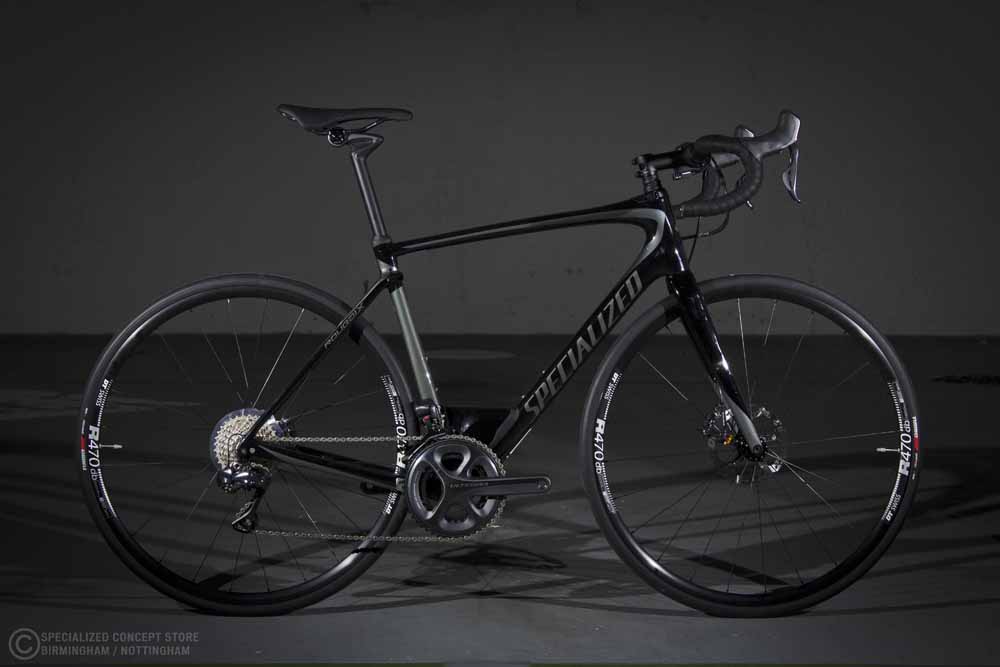 Specialized have created their all-new Future Shock and equipped it on the new 2017 Roubaix and Ruby models.

Specialized were quick to say that this new invention came as a result of their partnership with McLaren Technologies. What they did, was take a look at how their bikes perform in endurance races, like Paris Roubaix (hence the name of the bike; Roubaix) and in particular, how their bike performed on the coble sections of the race.  Specialized then went back to their McLaren/Specialized engineers, and they created an astonishing 20mm of compliance technology, that is now featured on the 2017 Specialized Roubaix and Ruby models.

Specialized deeply explain, that when they thought of compliance, they immediately took a look at axial compliance, which is the movement of the handle bars relative to the front axle.

Specialized then came up with the idea to suspend the rider on the handle bars. The suspension is placed in the head-tube of the frame. It offers 20mm of shock absorption travel and has 3 different settings on the spring rebound. So, take the roads of Paris Roubaix; it’s pretty harsh on the rider to try and glide over cobles. However, with the Future Shock, you can set the rebound to fast and you’ll hardly feel the bumps.

Another technological advancement on the Roubaix, is movement of the seat-post! Basically, Specialized have designed the seat-post smaller than the seat tube. The seat-post then gets tightened lower down on the frame tube. This allows the seat-post to move, when shock arrives through the frame. Specialized have also designed the seat-stay smaller and in a crafty “S” shape. This just gives the bike saddle a more comfortable feel. So now on the Roubaix a rider can focus on endurance in a race in a more comfortable manner. We’ll be seeing this technology in action at the 2017 Paris Roubaix!

How it benefits you:

Well, as we’ve explained, the Future Shock directs the shock in the frame away from your body. Therefore, reducing stress on your arms, and when combined with the seat-post innovation: reduces overall fatigue on your body.

Overall these technological advancements allow the bike to perform admirably. The frame still remains stiff as anything, and absolutely hardly any watts are lost in your pedalling.

The starting price for the Roubaix with the Future Shock is R57 499 – Roubaix Comp.

Pictures taken from a Specialized Concept Store website in Nottingham.